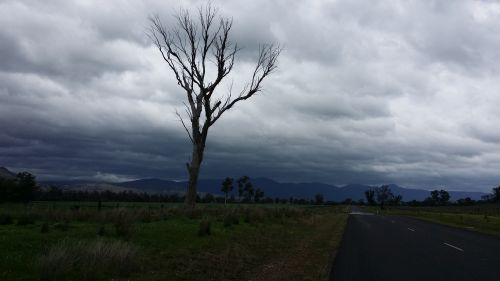 It was windy this morning; choppy, buffeting, and cold. Both of us have bad memories of wind. I once spent a week on the remote Barkly Tablelands riding into howling wind. On one of those days I was moving for 10 hours and covered only 70 kilometres. A couple of weeks later I wrote of another day's ride, "But today, going past the big gums in the wind raised deep non-rational discomfort in me; I was afraid. This was safe ride, well within my capabilities, with a motel at the end, and lots of farm houses on the way. But in the growing cloud over the range -- at 12:30 it was darker and it is now at 5:30-- and at other times, I had to fight off moments of panic. If a week of headwinds can do that to me, no wonder months or years in a war zone, or refugee camp, or violent marriage can cause triggers that make people meltdown. It was a sobering experience. I knew exactly what was going on... and that knowledge made no difference at all!" ... Read on >>>> 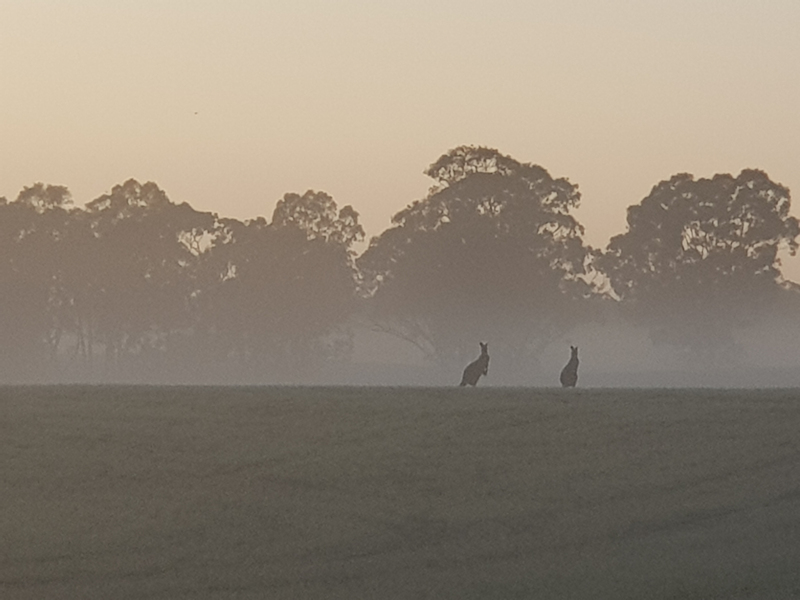 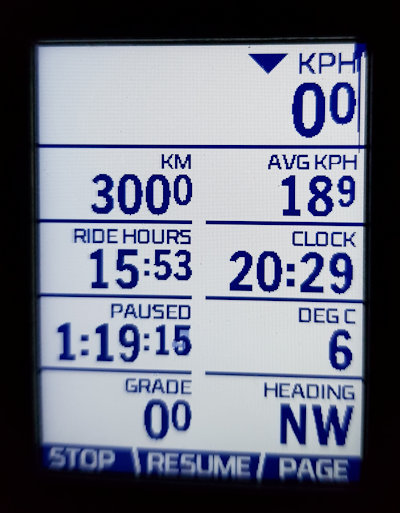 This ride was a part of my training for a 1200km audax. I'm unlikely to be able to do the whole 1200 inside the 90 hours; I'm a bit old. But there is no harm in taking as little time as possible. I set up a 300km loop which includes my audax route through the Adelaide Hills. I was especially interested in keeping down the time lost to stops, which can easily bloat out to 25% of a ride. I aimed at no more than 6 minutes stationary per hour, and was really pleased to pull that off.... Read on >>>>

When I was about ten, my Christmas Day was brought to a stunned physical halt by a wave of feelings which took me years to articulate. It was as though a congenital melancholy had forced its way into my attention. It bubbled up every few months for years, a kind of sub-clinical depression, which I finally understood as an inability to see any point to life. Some instinct kept me walking and running, which probably prevented my being overwhelmed. And for my final three years at university, I rode a pushbike, often hundreds of kilometres a week, and this seemed to drive the whole agony underground.

About a decade after that first onslaught, I stopped taking the direct route from my university college out to the Waite Institute. Instead, I would ride up Greenhill Road each morning, speed down from Mt Lofty to the Crafers exit on the new freeway, and then ride down the freeway to The Waite. This involved a short climb out of Crafers, after which I was on competitive terms with the rush-hour traffic. I used to count the number of cars I could pass between the Eagle on the Hill, still a pub in those days, and the Old Tollgate at the bottom. My record stood at 24 cars.

I raced into the Devil’s Elbow one morning, a well-deserved name, holding way above the recommended speed, with cars all around me, and both the front and back wheel began to aquaplane. I was... Read on >>>> 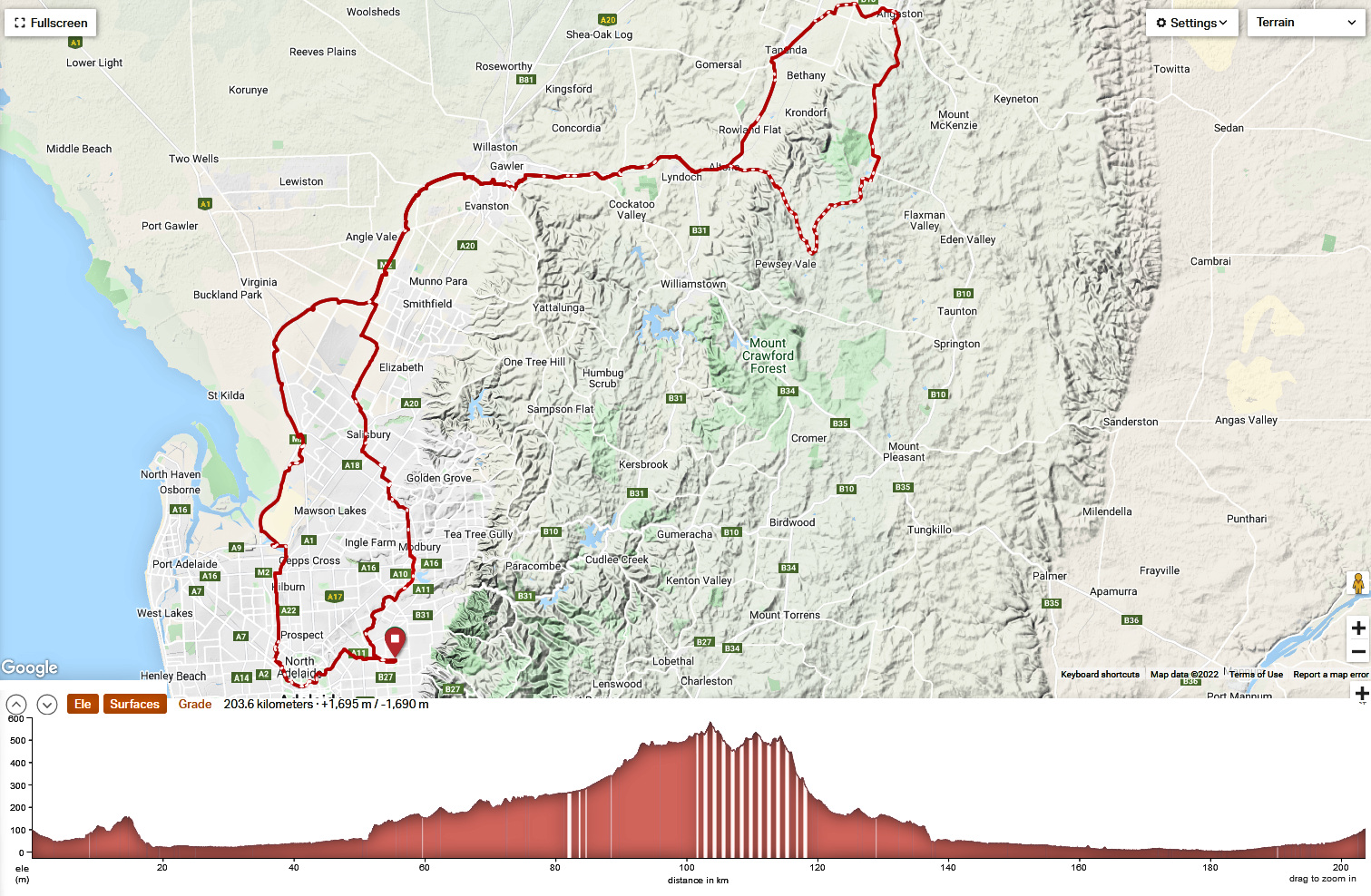 I’ve been bedding in a new bike or, more correctly, bedding myself in after going back to drop bars after 12 years riding flat bar bikes. I’d done 80 or 90km at a time and was now concerned to see how my back stood up to longer distances, and how the new bike handled gravel.
The first trip included a gravel loop out from Angaston through the high country to the east, coming back into the bottom end of the Barossa near Lyndoch... Read on >>>>
The New Ride,  02 January 2022 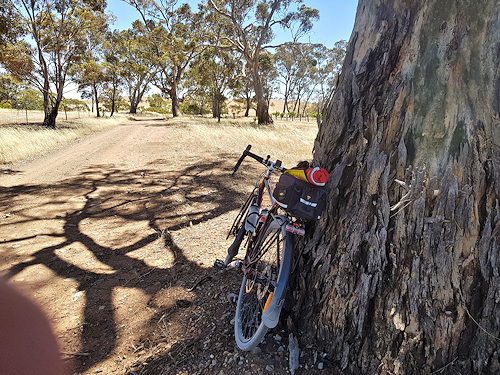 When the frame on my Blade4 died in early 2017, its replacement was sitting on the floor of the local bike shop: a beautiful Scott Sub 30. The Sub30 has also succumbed to long miles on the road. Replacement was not so easy this time. Steel frame bikes are scarce due to Covid shortages. Eventually, I visited a shop in Adelaide to inspect a very expensive Curve Kevin, which was not my first choice owing to its carbon forks. I discovered a Bombtrack Arise Tour next to it, even though their website said none were in stock.  I bought it on the spot! ... Read on >>>>

Somewhere out past the Victorian border a bloke had delivered a load of superphosphate to a farm. He had a boy with him, five or six, and they sat in the paddock gateway for a minute or so, watching me ride towards them. When I was a hundred metres or so away, the semi turned on to the road and slowly began to build up speed and pull away. Perhaps that's why I didn't hear the other semi-trailer, the one behind me. It rocketed past, well over any speed limit, and barely a foot away from me.

They say time slows down when something like this happens. Perhaps it's that so much happens in a second or two that it takes much longer to replay it in the mind, let alone write it down. A few hundred metres ahead of me, the second semi's driver suddenly realised he was about to drive up the back of a much slower truck. He jammed on the brakes and began to slide on the bitumen.

Perhaps the first driver had seen him coming, but misjudged how fast he was travelling; I could understand how that could happen. Or perhaps he'd not even seen him in the setting sun, and was looking in his mirrors to see where I was. Either way, he managed to get his rig off the road with all the speed and agility of a trail bike, which meant the offending driver skidded past, straightened up, and roared off. The second semi pulled back onto the road and followed him as I breathed in burning rubber, and heard my tyres swish in the still molten skid marks.

I thought the second driver must have fallen asleep. Or perhaps he was sending a text. Then I realised that if he hadn't seen that big semi until those last seconds, he probably hadn't seen me at all... Read on >>>>

The frame on my bike has given up. The new bike has the brake levers in quite different positions to the old bike. As I rode the new bike home, I came to the end of the street where the bike shop is situated, and my hands closed over non-existent brake levers, and the bike kept going! A shock like that only happens once or twice before the position of the new levers is well and truly dialled into the brain. And, sometimes, when we seek to change the way we live, change is that easy. We have a hiccup or two, but the change to new actions and habits is simple and easy.

The situation with the new bike's gears is quite different. They, too, are in a different place on the previous bike. But there is something else. Most modern gears have what are called "indexed shifters." You push the lever and, with a click, the system moves the chain precisely onto the next cog in your gears. Originally though, gears had "friction shifters." These took time to master. You had to judge just how far to move the lever, or you would skip a gear, or end up with the chain slipping between two gears.

Follow me for a few moments more: Forty-five years ago, as an adult, and for enjoyment, I learned to use a friction shifter. Now, not having touched one in 30 years, show me a friction shifter, and old brain patterns, unbidden and unwanted, burst into life! How much more strongly implanted then, will those brain patterns be that were laid down in childhood, perhaps as a response to surviving abuse, or other trauma? And perhaps with a couple of decades worth of muscle memory built up from daily practice for survival? Is it any wonder then, that when someone, or some situation, reminds us of something in our old life, that we lash out, or grasp at the air, as the old muscle memories and brain pathways kick into gear?

Our inability to quickly "change gears" and move on from those things is not a sign of weakness, or of illness. It is, first of all, a sign that we learned our lessons well. We survived! And, secondly, it is a witness to how hard it is to change the deep and early patterning of our brains. For these things are, in a sense, who we are! We are not so much seeking to change as seeking to become a new person. It took us a lifetime until now to become the person we are; becoming someone else will take time, too.

Life is not about being the perfect person. There is no such thing. Life is about the journey, the becoming who we are each day, as we seek to love those around us. I will do well to remember the steep hill of a few days ago.  While I was thinking about something else, the brain kicked in to change gears as the slope increased. The clashing muscle memories from various bikes took the chain off the rear cogs, and jammed the pedals so that I could barely unclip my feet in time to avoid falling over. What a stupid thing to do!

I worked out what had happened, got grease all over me, but still managed to un-snare the chain, and continued the ride. It's a good picture of those meltdowns and other failures which derail us and tip us over, time and again.  They're humiliating and messy. But we can get back on the bike, and ride on. It's the journey that counts.  And, very slowly, the brain learns new ways of being, and the little child that we are is healed.

And God? Well, God loves us anyway, no matter how well we think we are doing.  [Archived here]

For more bike articles refer to the side menu.