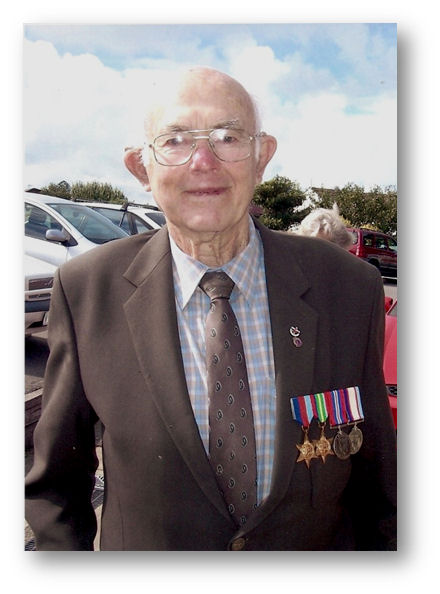 Mel Prior, my father, died on 9 August 2012, almost forty years to the day that his own father died. I remember Grandpop’s death well. I was 9, and it was the first death in our family that I was aware of. It was a cold winter’s morning and we were having breakfast and getting ready for school. In the background, we could hear Mel on the phone making the necessary calls. He had on his serious voice – the one reserved for breaking bad news – but otherwise he was utterly calm and unflappable, the rock in a crisis that everyone could depend upon.

And that is what he was to us throughout our lives – a solid, reassuring presence; calm, measured, and organized; ready with sage advice when asked, but never in a hurry to force it upon you. Mel was always just there, and it is very hard for us to imagine life without him.

The man whose funeral Mel arranged back in August 1972 was Don Prior, a farmer of Gladstone. Don had married Olive Masterman early in 1921, and Melville Jonathan, their first child, was born on the 27th of September later the same year. He was followed by six larger-than-life siblings: Hilda, Bill, Des, Brian, Ken, and Lynette. Mel’s beloved baby sister Lynette is now the only one left of the magnificent seven, and we know that she feels his loss deeply.

Mel had a basic but sound schooling at Gladstone Primary and High Schools. He was Dux of his class in 1937, and left aged 16 with his Intermediate Certificate, a formidable grasp of double-entry book-keeping and an elegant writing style. As the eldest son, he was destined for life on the farm, but the Second World War intervened and, at the age of 18, he joined the 9th/23rd Light Horse Regiment, a militia force. After Japan entered the war he was called up into the 2nd Australian Imperial Force and served in Port Moresby, Darwin, Cairns, Morotai, and Labuan.

The war was a life-changing experience for Mel. It broadened his understanding of people and, inevitably, of political and moral dilemmas as well. And I think that it was in the army that he learned not to judge a book by its cover – that in trying times ordinary people might reveal hidden strengths and abilities.

The army also gave Mel a huge circle of acquaintance, one which he went on enjoying all his life. The old fellas are dying off now, but for a long time you could go anywhere in Australia and if you were wearing a name tag, sooner or later someone would come up and say, ‘You don’t know Mel Prior, do you?’ So, in a way, the war really made Mel into a true Australian.

After the war, Mel returned to life on the farm in Gladstone. Like his father Don, he was a good farmer, winning in 1954 the prizes for Best Wheat Crop and Best Farmer in the Northern Districts. He was also a good sportsman – a crack shot, an A-grade footballer, and a keen tennis player. And it was at a mixed-doubles match at Crystal Brook in Easter 1952 that he met Joy Wilkin, his future wife.

When I was preparing this eulogy, Mum was anxious that I include mention of Mel’s life before his marriage. I have, of course, but I can’t help noting that when Mel spoke at his 90th birthday party last year, he opened his speech with: ‘It all began at a tennis match...’ Mel and Joy were together for so long and their lives were so intertwined, that Mel himself didn’t seem to think any more in terms of ‘Life before Joy’.

They were married on the 27th of March 1954. They had three children: Andrew, born in 1955; Beth, born in 1958; and me, born in 1962. We probably weren’t that appreciative of it at the time, but we had a blessedly sane and secure upbringing – one that I now give daily thanks for.

As a child, of course, you take a lot for granted about your parents. One of the things I thought was normal about Mel was that he was out two, three, even four evenings a week attending meetings. Mel had the most astonishing record of community service. For years, he was chairman of the Gladstone District Council, a member of the Crystal Brook Hospital Board, an elder of the Methodist Church, and a member of the Country Fire Service Board. In 1966 he was made a life member of the Agriculture Bureau and he subsequently served for many years on its Advisory Board.

Later, in 1990, when Mel and Joy retired to Victor Harbor, he threw himself with the same vigour into community life here. Within months, he had become an active member of this church, and of Probus and the RSL. Soon he was doing the books and manning the front desk for the Telegraph Art Gallery, driving for Meals on Wheels, and watching out for his neighbours. He also became a committed and fearless member of Friends of Unity, the support group for gay and lesbian members of the Uniting Church.

I got a glimpse of the spirit driving his community work when I was 15. One of my school teachers was in discussion with the council about opening up a shop in the old gaol at Gladstone. He said to me, ‘You know, your father is remarkable. He’s the only man on the council who listens to what you say and then forms an opinion based on that – not on what he thought he already knew.’

And that really was Mel’s strength, and it is no doubt the reason why he was able to cope with so many mind-numbing meetings and to get some good out of them. In spite of his deafness, he was actually a very good listener. He did not prejudge an issue and he did not judge people. He looked at a problem and, rather than worrying about the rights and wrongs of the personalities involved, tried to come up with a practical solution.

And I think that this open-minded, non-judgmental approach to life was the key to his very happy old age. Mel was keen to go on exploring, learning, and helping right to the end – so that even though his body was a bit of a trial to him in the last couple of years, we never had any sense that he was in decline. There was a contentment and optimism about him that survived until the last.

When I was younger, I sometimes regretted that Mel had not had more of an education – and I wondered what he might have achieved if he had gone on to college or university. Indeed, with his love of facts and figures, his objectivity, his compassion, his beautifully sparse writing style – I felt he would have made a fine historian.

We will miss him dreadfully, and we pray that God gives strength to our mother Joy and our Auntie Lynette to face the days ahead without him. But we also give thanks for his wonderful life and for the privilege of having him as our father and grandfather. Rest in peace, Dad. 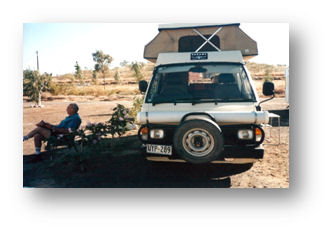