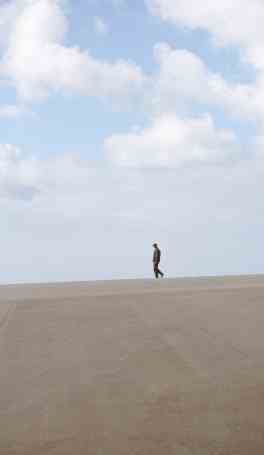 Betrayal comes at the worst of times, when he is ill. Or is the illness an effect of the betrayal? Whichever it is, he cannot run, or even walk. Constant pain in his back and shoulder strangles the flow of endorphins which have held the pain in check all his life.

People are lying about him. He is betrayed by those of whom he would expect better. Others give him no support. Those who should protect him listen only to the lies. He sees his few friends attacked because of him. His faith in the church is deeply shaken.

The pain of betrayal slices his soul open to depression which has been somehow held back for maybe all his life. The greatest tiredness wraps itself around him. Thrown out of work, he sets himself the task of the housework and cooking. But simply to wash the dishes and make the beds exhausts him for the day. Cooking tea is an agony of indecision and low faith in himself. The least criticism reduces him to paralysis. Part of his mind is working, aiming at organising food and children's lunch, but the body and the will cannot properly respond.

He is growing aware that the whole family is being drained by his depression. He seeks not to be irritable... mostly he is not. He tries to help, to iron, to meet at the bus, to wash dishes... and he does. But he cannot talk. He cannot seem to take any initiative, but must be directed to tasks, and then is over sensitive to criticism. A few moments of personal contact and conversation is as exhausting as a full week of late night meetings would once have been. If no one asks anything of him but menial tasks, he can survive. Anything more is too much.

As his body heals he begins to walk the streets at night, and later takes courage and longer walks into the hills during the day. He returns sometimes seemingly invigorated, but on meeting people the energy evaporates. There is no gain.

Seriously, not in melodrama, not in self pity, he begins to wonder if he should kill himself. After the first shock, would they not be better off without him? He would cease to drain them. They would have the insurance, some little improvement over their poverty. There would be a chance for them to begin again.

And he would be able to sleep. The constant tired would be over. If only he could sleep and be unbothered by people. It only it would all leave him alone.