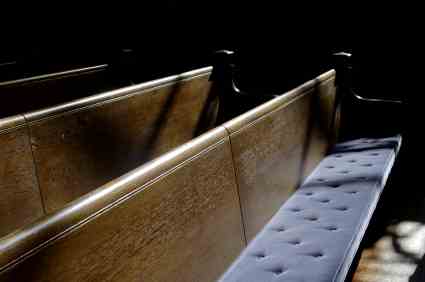 In the beginning he is still too fragile. They send him to a big city church for a few months and he does not cope. Aspects of the job he can do well, but people and visiting are still too hard. He realises he is badly scarred and the healing is a longer process than he expected. There is also a shortness of patience in him. The old morès of how you do parish irritate him constantly. He wonders if this is part of the healing, part of needing to recover further.

Then one morning Ralph grabs him coming out of church. "Why did Jesus rub mud in the blind man's eyes," he asks?

"It was the standard medical understanding of the time."

"Yes," says Ralph. And when we had cattle and they got 'pink eye' we rubbed castor sugar in their eyes. It irritates and scrapes off the stuff causing the problem. That's what Jesus did. And it was painful to see clearly."

He sees this is what depression has done, too. Along with the scarring and new sensitivities there has been a scraping away of old blindnesses. His new impatiences are to do with seeing that some old habits are utterly pointless, staving of inevitable endings to some ways of being church. Now that he sees, these old ways will make him ill again if he stays.

So he goes, and the scraping is found to be a deep gullying into his soul. As the daily disciplines fade, the habits of the mind and of knowing fade too.

He cannot see why he would believe anymore. What God is there? How can you believe the Jesus story and resurrection? Why do we so passionately want life after death anyway... what hubris, when we expect that all other things end and die, to want that we will go on!

For some odd reason... he can almost laugh about it... he is surprised by how central life after death and some sort of human analogue of God person turn out to be to Christian faith as it is presented by his church. Speechless in the face of what he has found to be Divine, he finds the church asking him to tell old stories that seem ridiculous and asking him to lie.

He can feel the old ghost of the depression circling him, testing his defences, seeking to seduce him into a darkened room, because again, he does not know.

What can he know? Why keep going when there is no point to it. What for?