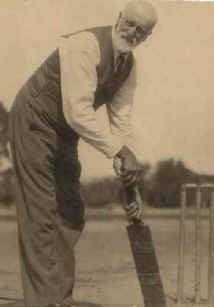 Thomas was educated at Cole's Stanley Grammar School, Watervale. and Prince Alfred College, Adelaide. Thomas never married. He was engaged to Edith, daughter of David Heaslip, but she died before their marriage was solemnized.

Thomas was very fond of sport and played in the first match arranged by the Gladstone Cricket Club. This was against a team from Melrose. He was a very early member of the South Australian Cricket Association and maintained his membership until his death. He rarely missed an Australia England test match played on the Adelaide Oval.

In his youth Thomas suffered from a chest complaint and, as a result of his doctor's advice to live in a drier climate, he took up land at Wilson, south of Hawker. Apparently he remained on this property until his father suffered his serious illness, when he returned to Gladstone to manage the home farm.

At one stage he leased Block 77 of the Hundred of Booyoolie. This was a forestry reserve with a residential condition attached to it. As he was unable to fulfil this qualification he had to forfeit the lease. In 1897 Thomas and his brother William expressed an interest in land in the Toowoomba district of Queensland, but nothing came of this venture.

Thomas, like his father, was very proud of his horse teams and sheep flocks.

The first shearing machine in the district was a two stand Wolsley overhead plant which he installed in 1926. A shed capable of holding 300 fully wooled sheep was constructed at the same time. A feature of this shed was its raised batten floor, designed to facilitate the cleaning of manure. A concrete plunge sheep dip on the farm was for many years the only dip in the district.

Farmers from a radius of sixteen kilometres made use of this dip, yarding their sheep in the afternoon ready for dipping the next morning. Normally dipping started at five o'clock, the early start ensuring that the sheep would dry before commencing their trek back to their home farm. Quite often 25 000 sheep or more would be dipped each year.

During the latter 20-25 years of his life Thomas farmed Sections 58, 63, 128, 131 and 352N of the Hundred of Booyoolie at Gladstone and Sections 11 and part of Section 6 of Laura. The land in the Hundreds of Waterloo and Julia, which had been leased by his father to Thomas's cousin Thomas, passed to members of this family on Thomas's death.

From about 1915 Thomas was assisted on the farm by his nephew Jonathan (Don).

Uncle Tom never learned to drive. He was a great lover of his horses. He liked nothing better than to saddle up his hack and to go for a ride around the farm to check up on the stock.  His love of his horses was undoubtedly inherited from his father who had success in showing his stallion at The Royal Adelaide Show. For many years the prize certificates were pinned on the rafters of the old stallion stall in the stable. His prize stallion was the sire of many foals in the district. Also when his sister came up for a few days Uncle would harness up the buggy and pair and drive to Gladstone to meet the train, and of a Sunday morning do the same and go to church with her.

I can remember one afternoon of Christmas Eve when he drove to Gladstone and returned with a man whom he found passing through the town looking for work. He employed this man (Jack Warland from Queensland) to help with the hay carting. This was 1936 or 1937 1 think.

By 1930 the face of agriculture was changing and the first tractors were appearing in the district. The first of these new-fangled machines on the Prior farm was a petrol model 2 ton Holt crawler which was later converted to run on kerosene. This tractor was used until the mid 1940s. The last of the horse teams was sold in the early 1940s.

Because neither Jonathan nor Thomas ever cropped more than a third of the arable land in any one year, the farm never suffered the loss of fertility that many farms did through the practice of the wheat-fallow-wheat rotation method.

Thomas, after a long illness, died on 3 March 1938 and was buried alongside his father and mother in the Laura cemetry.

After Uncle Tom's Death
Apparently Uncle had very little say as to what happened to the farm after he died. Every thing had been set out in his father's will. Uncle Tom only had a life interest in the properties , the exception being that portion that had been bought from the Lane family. Aunty Flood had a life interest in this part of the property.

On Uncle's death the home block was to go to the Jonathon's grandson ( my father, J W Prior) who had stayed on the property (this included Lanes when Aunty Flood passed on).

The sections bought from David Heaslip were to go to the other Grandson (Uncle Bill). The Pine Creek property and the land at Tarnma to William Henry (my grandfather).

The Pine Creek property was soon sold to it's neighbours the Becker family and the Tarnma property to the Prior family who had been leasing it for over 50 years.

Dad (J W Prior) purchased Uncle Bill's share sometime during the 1940's and he sold it to me in 1950, and later on he sold the home block to my brother Des. It seems a coincidence that the block Uncle Tom originally leased (Boultons) should eventually come back into Prior ownership.

Obituary for Thomas Prior
It is with much regret that we record the death on Thursday, March 3 of Mr. Thomas Prior, one of the earliest and most respected pioneers of the Gladstone district. The deceased was born at Friederichswalde, near Marrabel, 77 years ago, was the eldest son of the late Mr. and Mrs. Jonathan Prior, who came to Gladstone in 1871.

The deceased was the educated at the Stanley Grammar School at Watervale under Messrs. Cole & Cowling (head teachers). Subsequently he went to Prince Alfred College for about a year.

Mr. Prior has been a successful farmer and grazier at Wilson (six years) and at Gladstone for sixty years, his property at Gladstone consisting of 1200 acres of some of the best wheatland in the district. He took part in the first cricket match at Gladstone nearly 60 years ago against Melrose, and was always keenly interested in the game; he had witnessed many test matches on the Adelaide oval , of which he held a members badge for many years.

He could recollect the erection of the flour mill at Gladstone for Mr. Washington Moorhouse and when there were no houses in the town, Georgetown being their business centre. He remembered many of the Stores being erected in Gladstone and it was his father who built what is known as Matthews' store. Before the railway came to Gladstone bullock teams occupied the whole length of the road from the Rocky River to Crystal Brook and Mr. Prior said it was nothing unusual to see a team of forty bullocks pulling a load of wheat over the roads, which in winter time were a veritable quagmire, and the vehicle was more like a sledge in a bog.

He visited England 25 years ago and has always been noted for his generosity to local institutions especially during the Great War. He was of quiet disposition, but well read, and was a "gentleman" in the truest sense. The deceased had a large circle of friends, by whom he will be greatly missed, and who deeply regret his death.

The funeral took place on Friday last, and the large number who attended the Laura cemetery was evidence of the esteem in which he was held. The deceased never married, but resided on the farm with his nephew, Mr. J. W. Prior. To the relatives we join with the many others in tendering our sincere sympathy.

The Notebook of Thomas Prior
This notebook was saved by Mel Prior. It records Thomas' trip to England in 1886 and other errata.