What I want for Christmas...

is a little apocalyptic sensibility.

25 ‘There will be signs in the sun, the moon, and the stars, and on the earth distress among nations confused by the roaring of the sea and the waves. 26People will faint from fear and foreboding of what is coming upon the world, for the powers of the heavens will be shaken.27Then they will see “the Son of Man coming in a cloud” with power and great glory. 28Now when these things begin to take place, stand up and raise your heads, because your redemption is drawing near.’

29 Then he told them a parable: ‘Look at the fig tree and all the trees;30as soon as they sprout leaves you can see for yourselves and know that summer is already near. 31So also, when you see these things taking place, you know that the kingdom of God is near. 32Truly I tell you, this generation will not pass away until all things have taken place. 33Heaven and earth will pass away, but my words will not pass away.

We farm kids grew up with fire. We knew about fire breaks, and back burns, and wind shifts. You didn’t play with fire. Not too far from home, there was a place called the Frying Pan, where 5 or so fire fighters were almost burned to death. We knew to stay up wind of fires, and never to be at the head of a gully with a fire below.

And one day we were at a fire,  a real fire, just by chance at the top of a bit of a gully so shallow none of us had ever really called it a gully. In the space of thirty seconds we were nearly cooked, saved only by our retreat into a fallow paddock. If we had not been there; if it had been a mere fire break we were standing upon, we would all be dead.

And I realised, “That’s what they’ve all been talking about.”  Now I understood.

Perhaps the basic faith of Judaism and Christianity is that one day we will be able say, “That’s what they’ve all been talking about! Now I understand.”

“That’s what Luke, and the others, were talking about! Now I understand.”

Luke appears to espouse the common expectation that the climax of history will include the liberation of Jerusalem from its enemies and the establishment there of the kingdom of God with Jesus the Son of Man as its Messiah.

Who knows if what we hope for will be so centred in Jerusalem? I doubt it will be anything so crass as the (oil fuelled USA supported) Zionist myths of some religious conservatives, and obviously, Luke had the timing wrong. It hasn’t happened yet, and to make “this generation will not pass away until all things have taken place” into some kind of predictive prophecy that allows the passing of millennia ‘does violence to the text.’

But our faith is that somewhere people will say, “This is what they were talking about.” And it will be much more than we imagined. Like the fire that day, “it will come upon all who live on the face of the whole earth” in a way that will not be expected, will not be managed, and will be upon us almost before we realise.

I feel like some kind of redneck preacher writing this stuff; this is the province of extremists, of biblical naïfs, and of the disenchanted and disenfranchised who go off and build end-times retreats.

Yet these folk hold a truth: what is the point of being faithful to the way of Jesus if it makes no difference in the world? What is the point of writing the subversive poetry we will find in the Magnificat (Luke 1:46ff) on December 23; poetry that reflects back on Hannah’s Hymn in 1 Samuel 2, if we don’t think God is really going to do something?

Or at least hope that something will happen. If we just think  that a world based in the best ethics of Jesus and the prophets would be a nice idea we, too, are of all people most to be pitied. (1 Cor 15:19)

This does not mean the signs in the sun and the moon are literal; they are the way Luke’s time thought of the end. They are the poetry we use to describe the forces beyond us; I often speak of the power of bushfires. They are not too  dis-similar to the apocalyptic movies of today, which have similar motifs; the Lucan movie posters for the Day after Tomorrow, for example. An ice-bound Statue of Liberty, or skyscrapers facing the waves, does not entail a literal expectation. It signals our recognition of forces which are beyond us. It owns that all we have constructed is temporary in the face of the powers around us.

People [already] faint from fear and foreboding of what is coming upon the world, (26) for the powers of the heavens [are already] shaken. Apocalyptic writing, and filming, reflect a time of fear and a sense of being out of control. They indicate a loss of meaning; they tell us the times are not making sense, and we are desperately looking for meaning, hoping God will burst in among us, and sort it all out—that God will save us.

The insistence of a literal elevation of Jerusalem, rather than what it stands for, is psychologically understandable. It is a pretence—a wilfully letting ourselves be deceived—that we know what God is doing. Therefore we are safe. Because we know... we must be on his side.

I was puzzled to find that we were beginning the Year of Luke by choosing a reading from near the end of the book. But there is a certain logic to this. The times are out of joint. The times are beyond our fixing. (If this were not so, there would be no Luke, and no Jesus!) However we imagine our origins, only the naive do not recognise that we are a people out of our depth, dangerously clever animals which are not yet fully human, and not really aware of the fire with which we play.

A project to make sense of life that does not acknowledge all this at the very beginning, is.... well, naive.

‘Look at the fig tree and all the trees;30as soon as they sprout leaves you can see for yourselves and know that summer is already near. 31So also, when you see these things taking place, you know that the kingdom of God is near.

When a Good Samaritan comes by us, we truly know the kingdom has passed near. And when the nations tremble and fight, and crush dissension, we can choose to see also that the kingdom is near, and that the other kingdoms are resisting. (31) We can lift up our heads, because out of this we will be redeemed. (28)

This is not for boasting. We are small people, insignificant in the crowd. But we are God’s people; we can lift up our heads, and will seek to lift those around us. This is our calling. All else is arrogance.

This is half hopeful poetry and half uncommon sense, deeply grounded: 34 ‘Be on guard so that your hearts are not weighed down with dissipation and drunkenness and the worries of this life, and that day does not catch you unexpectedly, 35like a trap.

At our little fire, we were in the right place. We were on safe ground, even if we had become too casual. When it flared up beyond all we expected, we remained safe. If we had not been alert, we would have been lost.

They despise [the riches God hath given them] them merely because they have them: And invent ways to make themselves miserable in the presence of riches. They study a thousand newfangled treasures, which God never made: and then grieve and repine that they be not happy. They dote on their own works, and neglect God’s, which are full of majesty, riches, and wisdom. And having fled away from them because they are solid, divine, and true, greedily pursuing tinselled vanities, they walk on in darkness, and will not understand. They do the works of darkness, and delight in the riches of the Prince of Darkness, and follow them till they come into Eternal Darkness. According to that of the psalmist All the foundations of the Earth are out of course. 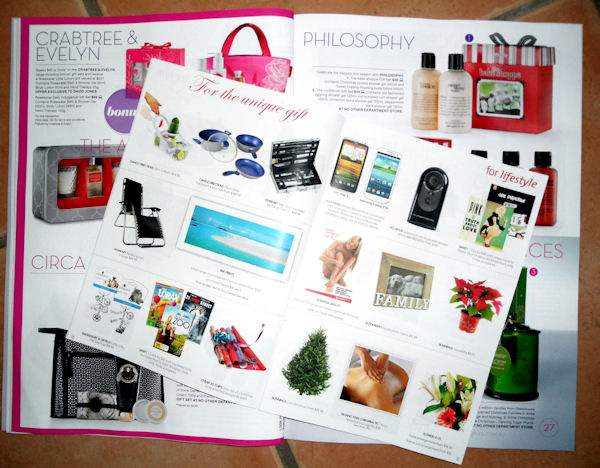 His poetry grips us not because it is old and quaint, but because it is so true. At its most fundamental, Luke and the other gospels, call us to see the signs of the times. They are not some quaint old fashioned piety. They call us to decide what is True; true meaning  worthy, just, and life-giving.

We are called to decide between the story of the child who will be given, and the thousand newfangled treasures which are being offered in our mail boxes and gift catalogues; treasures which implicitly promise to save us. Which promise us a smiling new world of happy families and rejoicing in the midst of this disjointed unjust world.

Where will we place our hope? Will we hope to stand before the Son of Man in the Kingdom of God—God knows what that will be!—slowly realising, “This is what they’ve all been talking about?” Or will we follow the cheaper poetry of the catalogue, studying “a thousand newfangled treasures, which God never made,” and hope, when we are not happy, to be saved by a newer, better iPad,  next year?