Adelaide on a bike

I spent 11 years commuting into Adelaide from Elizabeth. It was the best accidental thing I ever did: I was happier, healthier, and a lot better to be around. I also did better work.

But the road straight into Adelaide from our house was about the last route you'd want to commute on a regular basis. It was 28km of always busy highway; the bike lanes disappear into dangerous pinch points at many traffic lights; there are several kilometres of three lane highway with no bike lane, no verge, and with a concrete kerb which means even an emergency bailout into the parkland is not an option.

Main North Road has, in fact, improved a lot over that time. But it is still an hour and a quarter of concentrated noise, where occasional hamburgers and drink containers— sometimes full— are thrown at you, and it  contains some of the most glass-laden bike lanes in the metropolitan area. The traffic is actually quite well behaved, but is often so heavy that cyclists are relatively invisible; it would be easy to hit a cyclist as you tried to avoid a bingle in front of you.

So I developed a long list of alternative routes, rarely more than 32km, which provided entertainment, training, little traffic, and the silence to think. The space between Adelaide and Elizabeth is a haven for a cyclist wanting to unwind after work, and a delightful way to start the day.

And in Adelaide, you can do this almost anywhere. The city and its surrounds are full of creeks, alley ways, short cuts across parks, and low traffic roads that make biking a pleasure. And if you're seriously hardening up for a big trip, there is always a slightly longer loop home to firm up the muscles. 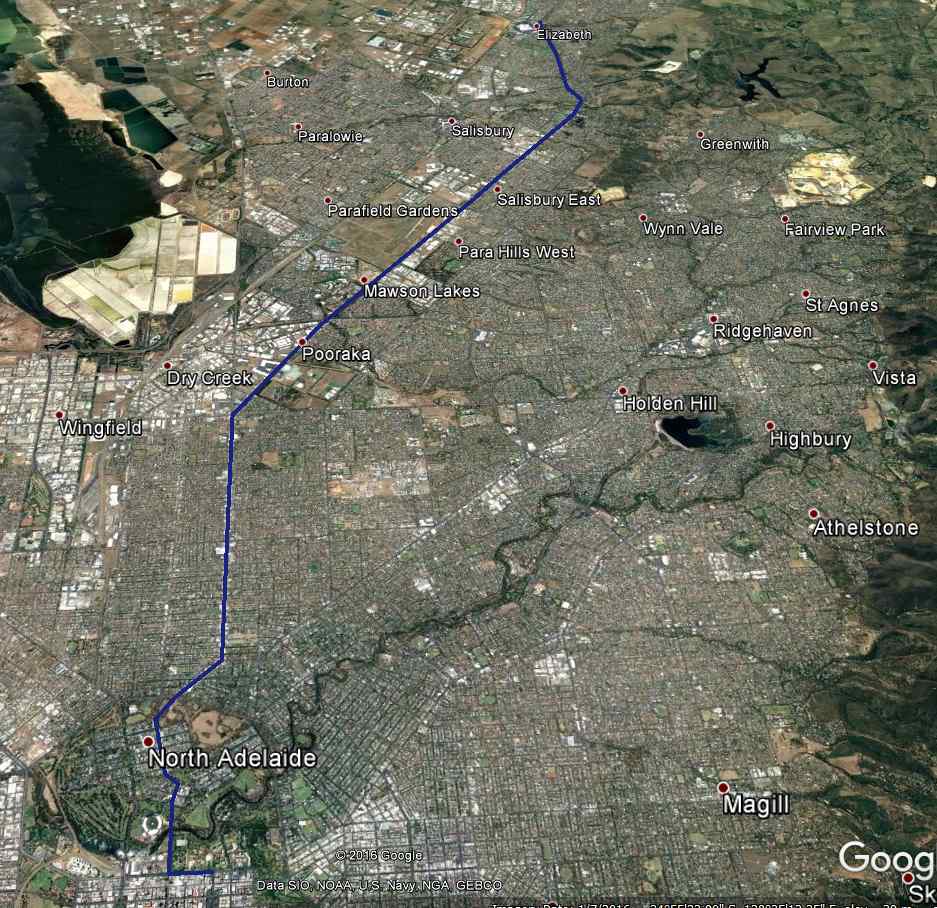 Very occasionally, if I was going into the city after rush hour and had a tail wind, I would ride Main North Road from Elizabeth to the city. It was 28 kilometres of noise and close passes, and lots of traffic lights. I much preferred the slightly longer back street routes!