The Levels Bike Route is the best safe and quiet bike route from the city to Mawson Lakes. It adds a couple of kilometres compared to the ride along Main North Road, but Main North Road is one of the busiest highways in the metro area.  The Levels route removes all but 800 metres of Main North Road. But even on this route, the section from Technology Drive to Pratt Street (or South Terrace) along Main North Road has always been  uncomfortable, especially the 200 metre pinch point between Montague Road and Albert Street as you head south. There, taking the lane is a necessity, and even then the number of close passes and mirror hits is uncomfortably high. This is especially the case from the traffic lights to the service station.

In late 2020 the situation changed. There is now a tunnel under Main North Road.  When Dry Creek is flowing after heavy rain the path will likely be under water, but otherwise the route is fast and delivers the rider,  via a couple of lanes and back streets, to the  south parklands bike path up past the Velodrome and across Grand Junction Road. Hopefully a couple of hundred metres of gravel path along Dry Creek will be sealed in future.

As of May 2021 the tunnel is lit, which means you don’t need a light to ride through safely at a decent speed.

I frequently used the Levels route on my way in from Elizabeth, using the Dry Creek path from the Airport path to get to Technology Drive. Now I simply continue on the Dry Creek path and go under Parkway and then under Main North Road.

This first graphic shows a typical use of the old route with the red line and the new tunnel route with the blue dots. The second graphic below zooms in on part of the new route.  You will see there are a couple of laneways which save lots of doglegging around streets. 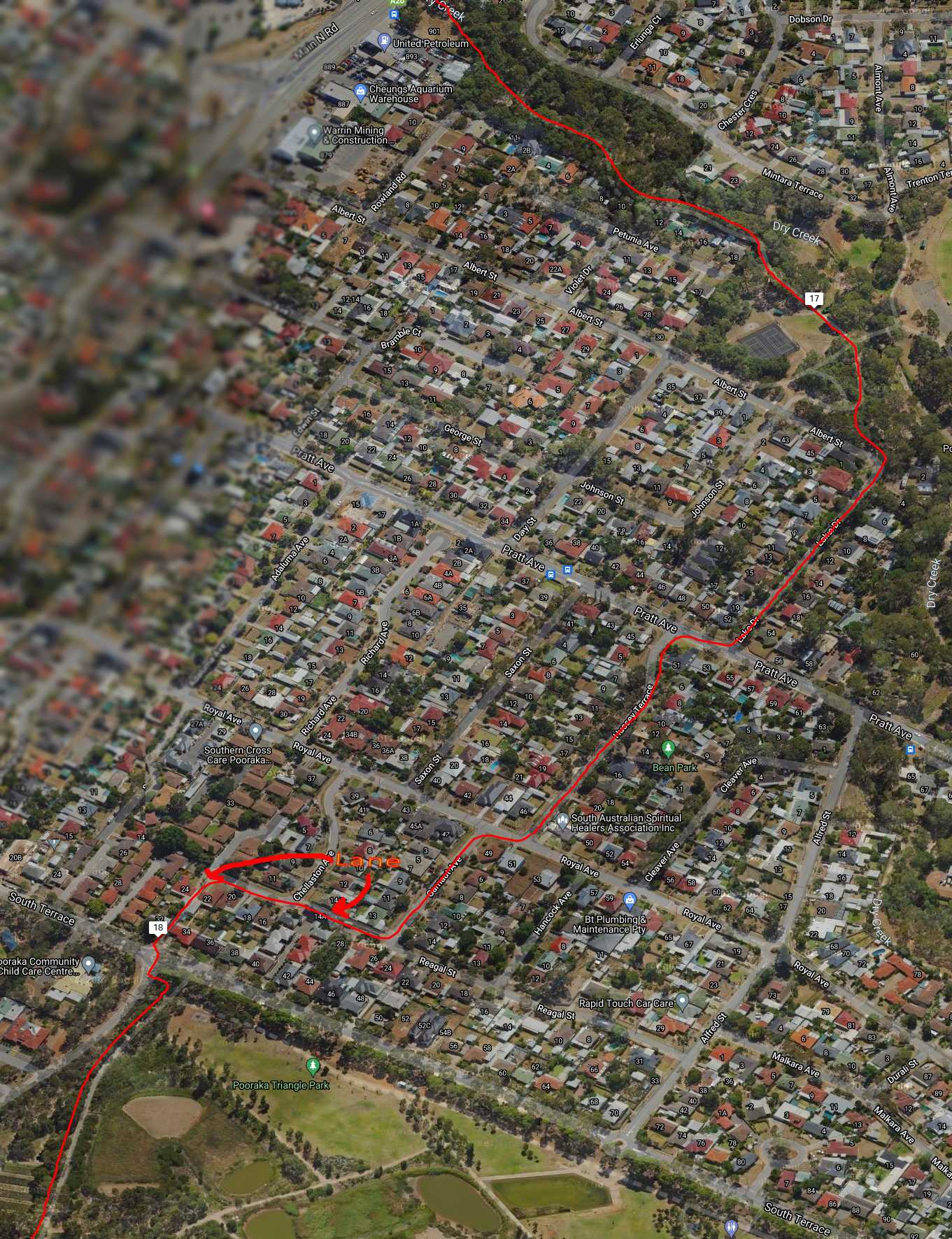 The lane off Garnaut Avenue.