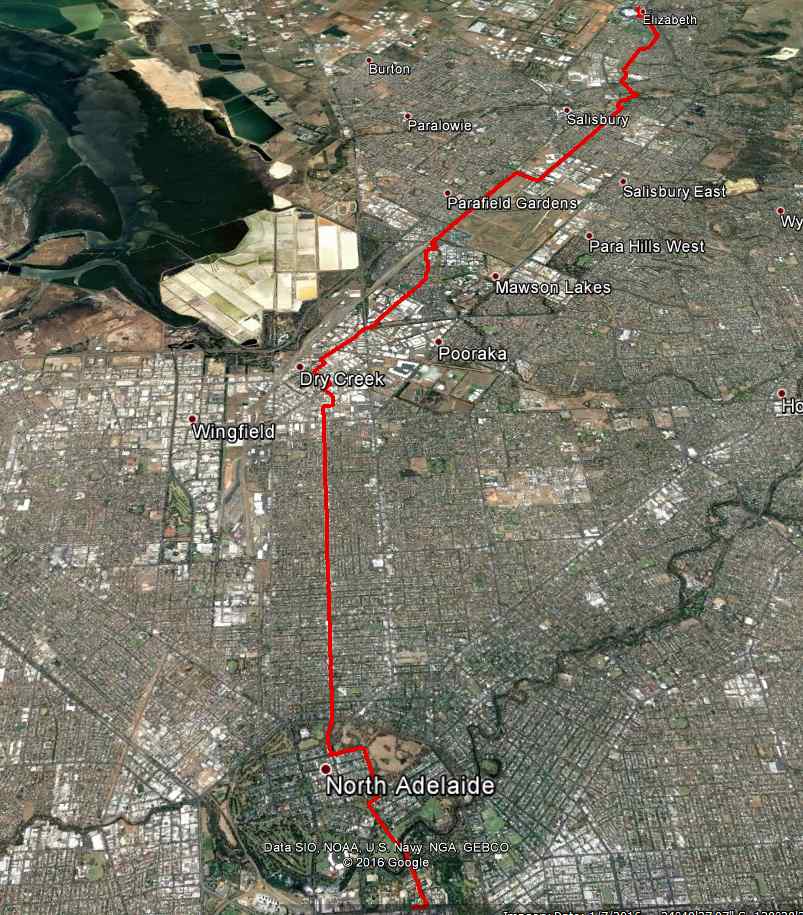 Prospect Road may sound a less than ideal route into Adelaide, but given the single lane each way, and the Prospect Council speed limits— down to 40kmh in places— it's a surprisingly comfortable ride home, and a good trip in, too.

I combine it with the Parafield Airport Bike Path and my Little Para Park route.

Leaving North Terrace, you can avoid O'Connell Street by taking Frome Road and going up the edge of the parklands, and then cutting in across the top of North Adelaide. The convenience of Prospect Road is time dependent. After 4.30pm the bike lanes are open; before then, parked cars are a nuisance. That said, I came down at 4.10 this afternoon, leaving Fitzroy Terrace immediately behind a bus. Although I stopped at the very good Schinnella's Fruit Shop for a few minutes, I still beat the bus to Regency Road, and could not even see it in the rear view mirror by the time I reached Grand Junction Road.

Back in the day, Kilburn was called Chicago, but the name was changed due to the Al Capone crime wave in the USA.  Regency Road was also called Irish Harp Road, which seems much more romantic!

You go to the very end of Prospect Road— across Grand Junction— and turn right at Bianco's big yellow arch and then take the next left, looking around to the T-junction with Cavan Road. Go immediately left around the big Tip-Top Bakery, and you'll be delivered to Churchill Road North. You can see on my GPX that I take a short loop via Manthorpe Street, which cuts off the corner.

Churchill Road North has less traffic than Cavan Road and, more importantly, it lets you cross straight over Highway One and turn into Cross Keys Road.  It's then (almost) a straight line through to Kings Road in Salisbury.  After 6.30pm, it's common for me to get to Kings Road without a stop, and sometimes without meeting a car!

Then it's up Cross Keys Road North, Fendon Road, and through the Linear Park to Elizabeth. It's 28.5 km. Prospect Road GPX  KMZ

One of the nice things about this route is the back path into Mawson Lakes. It's not car accessible, but the route through to the Airfield Bike Path is almost as quick as being on a straight road. And scenic. 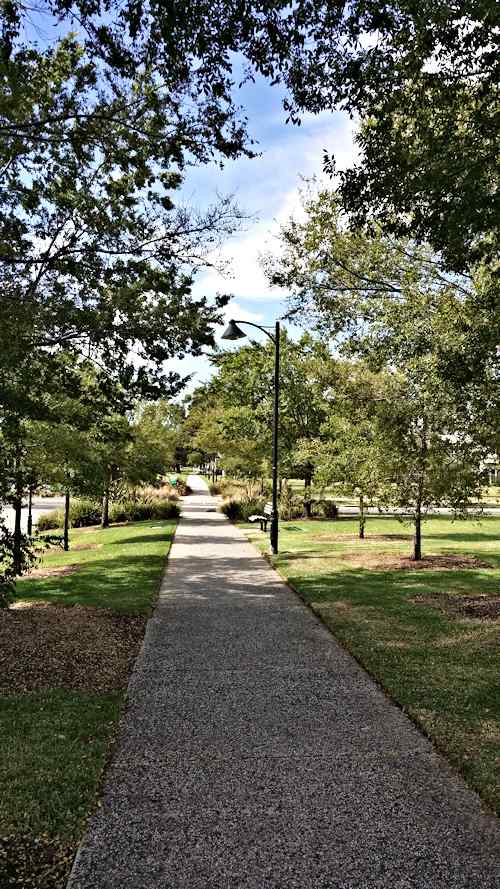 Someone has to do it, I guess! 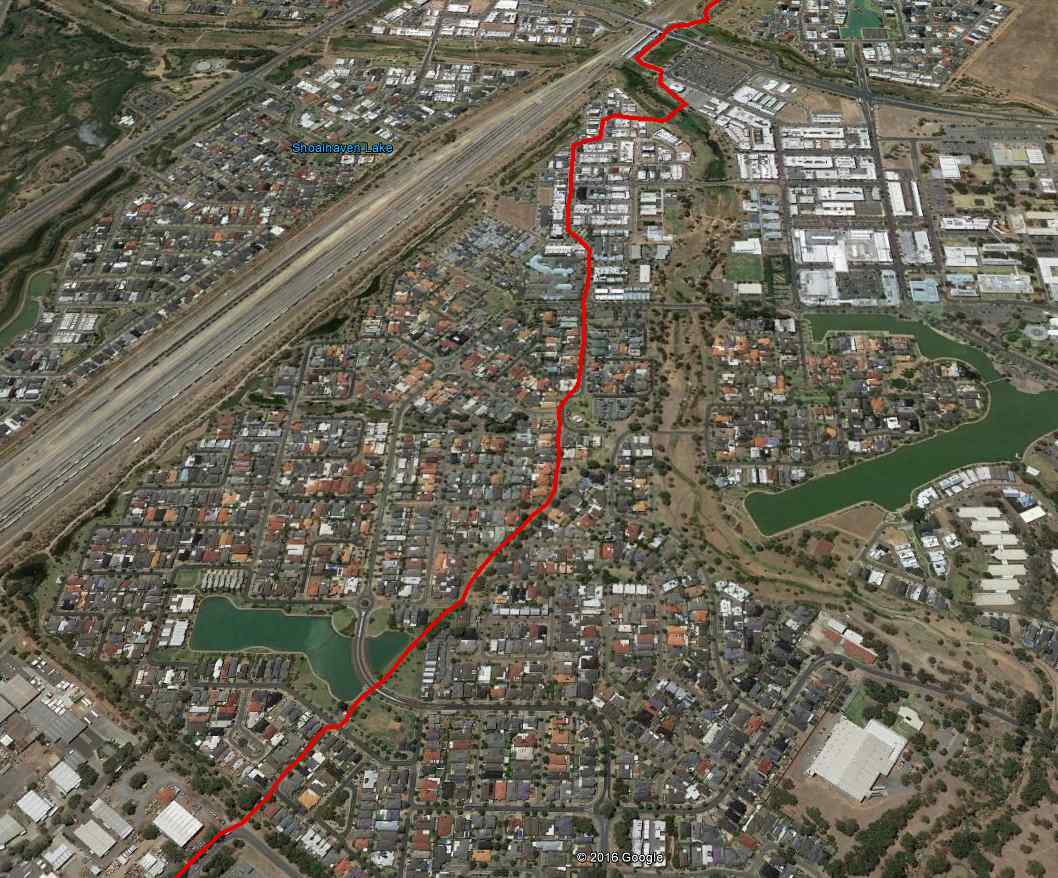