The ABC to the City 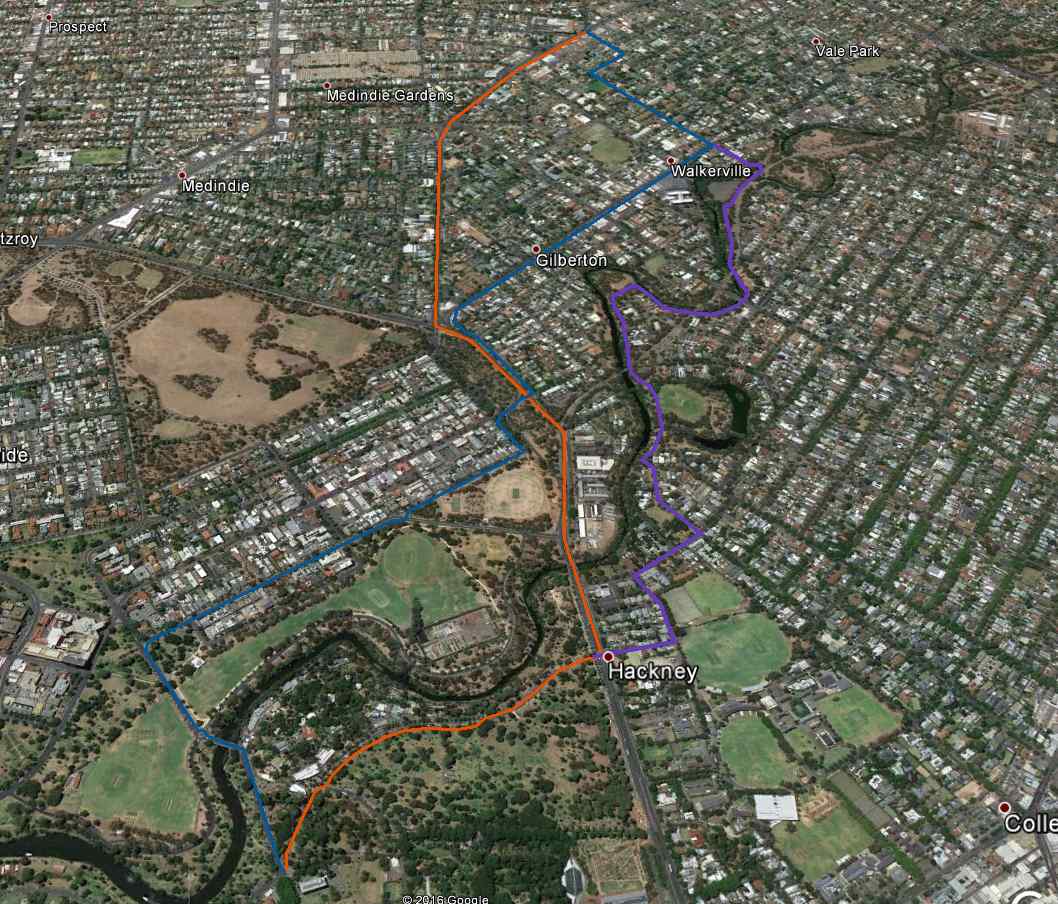 Adelaide's suburbs are a rat-runner's paradise. The Levels Bikepath has multiple options for getting into the city once you arrive at the ABC building at the end of Galway Avenue. The direct route is straight down North East Road.  You can see this in the orange line on the map. It's fast, but you'd better be prepared to hold your lane. I've been clipped by wing mirrors on this route; close passes are the norm. It's at the end of a long frustrating trip in from the north east for some folks, and they are short on patience.

It's better to go across North East Road into Burlington Avenue (the blue line) and down to Walkerville Terrace. I've included two of my favourite routes here. The first one takes Walkerville Terrace, which has a bike lane, and you can use the Hackney Road bike lane, or avoid it by taking the side road. You can then skirt the bottom of North Adelaide to Frome Road, coming out just opposite the Women and Children's Hospital.

The scenic route, still fast, is to follow the purple line.  From Galway Avenue it's all quiet to the Torrens and then to the Hackney Pub. The bike path under the bridge at Hackney Road is closed, but there is a neat shortcut behind the pub that delivers you directly across from the Botanic Park gates. (March 2017) 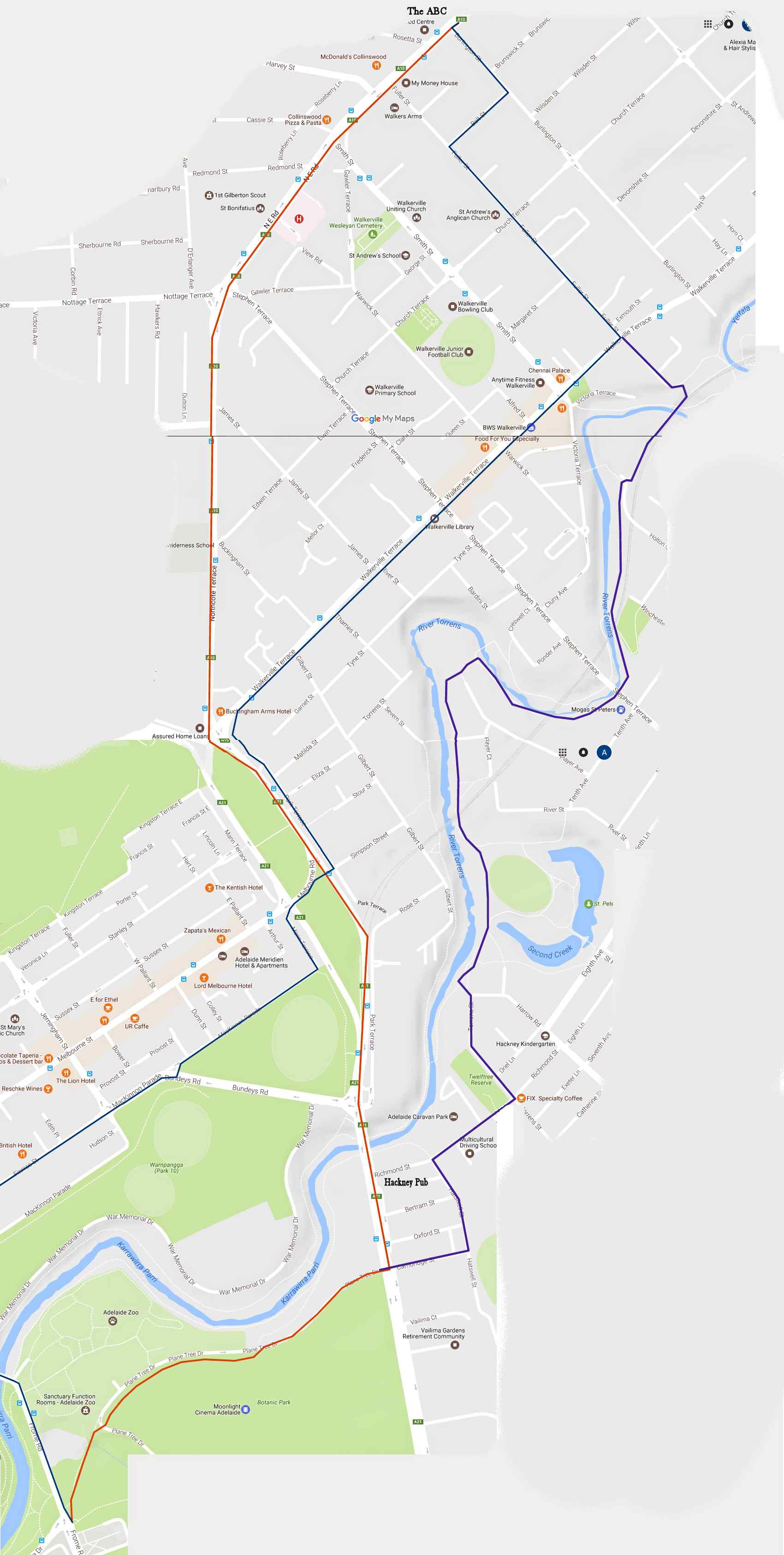