How a cyclist sees Adelaide

Take last Friday, when I had an appointment in Unley. Taking the car, I'd allow half an hour from our place, and take Shakespeare Avenue through the Gums Reserve down to Glynburn Road. In the middle of the day I'd take Glynburn through three sets of lights to the Greenhill Road roundabout, and then negotiate eight more sets of lights to get onto Unley Road. This is not counting any lights at pedestrian crossings. 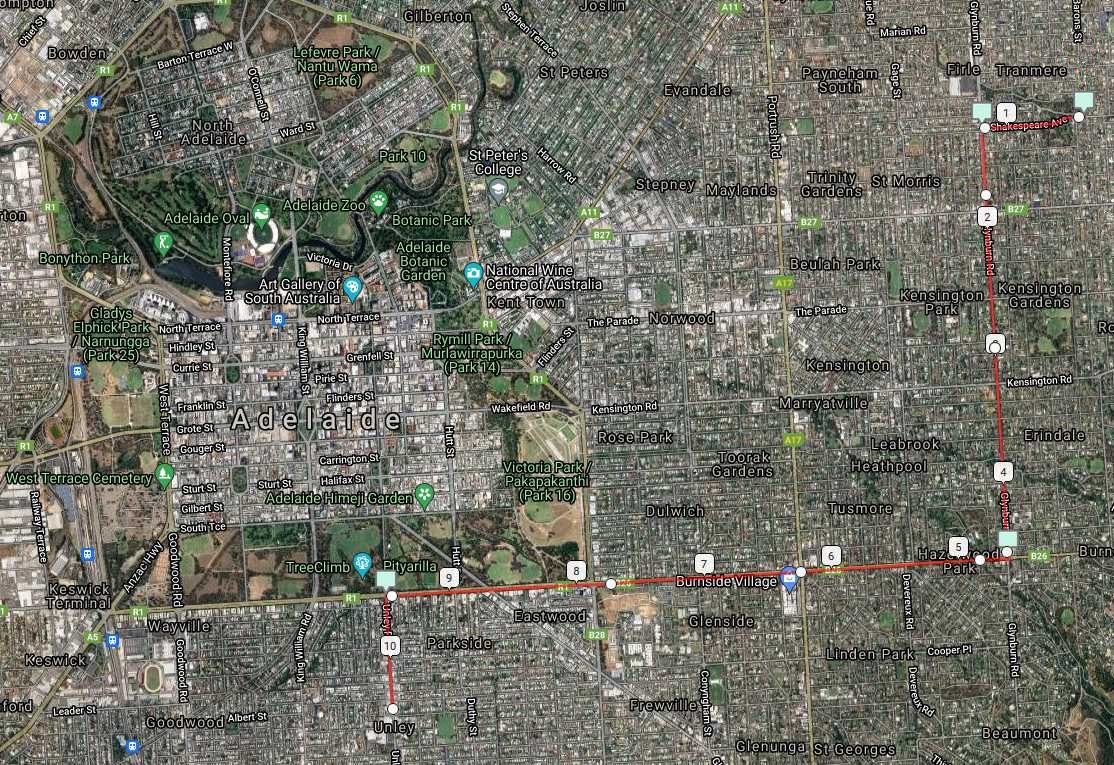 But on the bike I set off down Shakespeare for a couple of hundred metres, took a path across the park, and doglegged to Cuthero Terrace, which is on the Beulah Road bike route.  No lights, and the turns which would slow a car significantly make little difference on a bike.  I waited a few seconds for a gap in the traffic at Glynburn road and then proceeded with no stops right down to Portrush Road, where there are bike lights. Because Beulah Road does not let cars across Portrush, there is very little car traffic on Beulah compared to the main roads.

There are then two options.  In rush hour traffic I would continue down Beulah to George Street, which would give me lights across The Parade, but at half past twelve I turned south one intersection earlier at Queen Street, paused a few seconds in the nice wide median on The Parade, and then headed down William Street which has little traffic because Osmond Terrace only has a crossing for bikes. William Street delivered me to the South Parklands, with bike refuges across Fullarton Road and Dequetteville Terrace. In the parklands I took sealed paths all the way to the Greenhill Road – Porter Street intersection. This is where I met only my second set of lights, which are specifically to allow bikes across Greenhill Road.  I then followed Porter Street down to Marion Street, and across to Unley Road to my appointment.  There is a pedestrian crossing I can use there, but as is often the case, I grabbed a gap in the traffic and rode straight to the door. 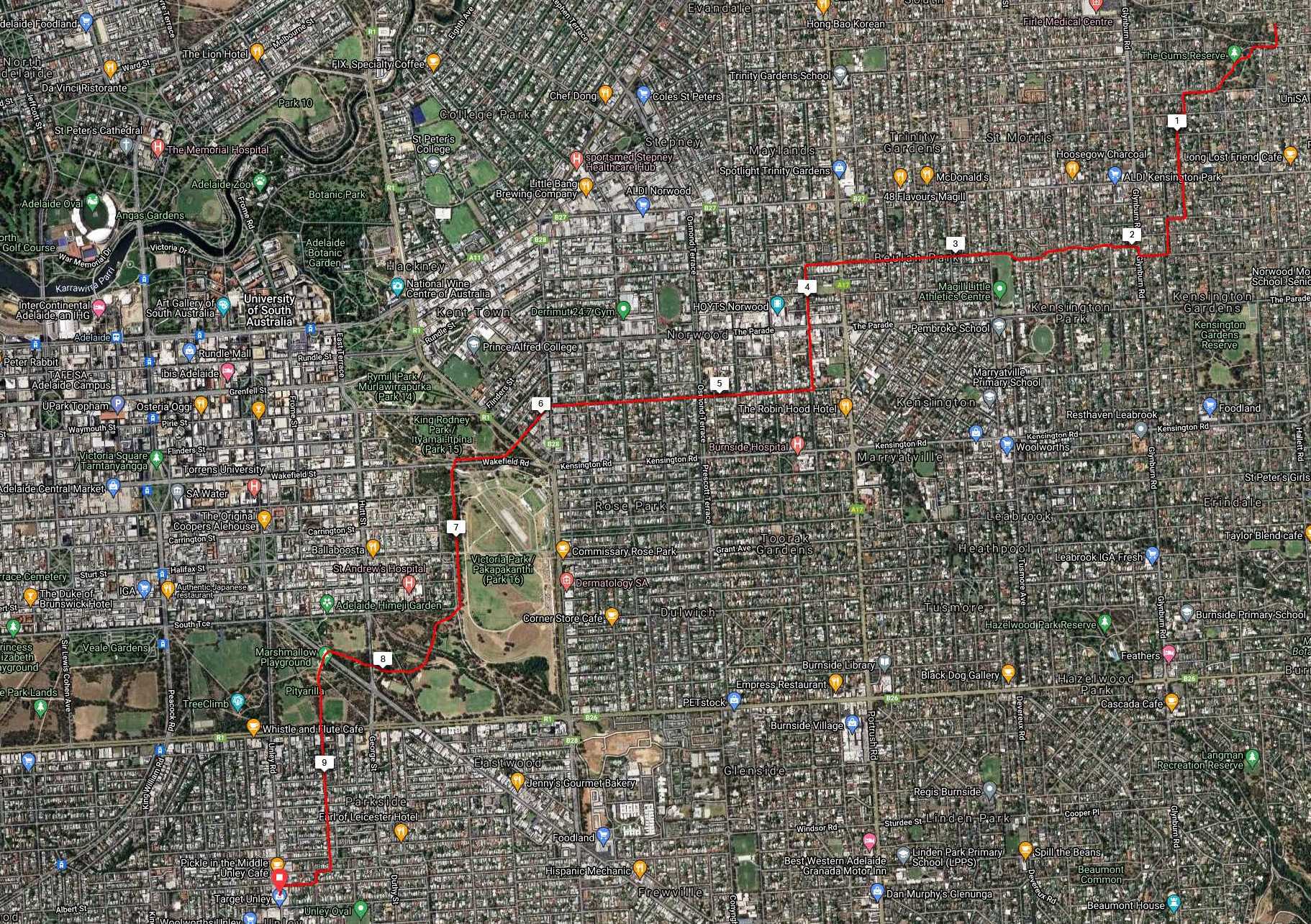 The trip took me a relaxed 28 minutes which is two minutes less than what I allowed for the car. I took a slightly different route home, a few hundred metres longer, and gently uphill for about half the trip. I was home in 40 minutes. Back streets and bike paths make a different city.