The Folly of Fences

33 Then they came to Capernaum; and when he was in the house he asked them, ‘What were you arguing about on the way?’ 34But they were silent, for on the way they had argued with one another about who was the greatest. 35He sat down, called the twelve, and said to them, ‘Whoever wants to be first must be last of all and servant of all.’ 36Then he took a little child and put it among them; and taking it in his arms, he said to them, 37‘Whoever welcomes one such child in my name welcomes me, and whoever welcomes me welcomes not me but the one who sent me.’

38 John said to him, ‘Teacher, we saw someone [Some old manuscripts include: who does not follow us] casting out demons in your name, and we tried to stop him, because he was not following us.’39But Jesus said, ‘Do not stop him; for no one who does a deed of power in my name will be able soon afterwards to speak evil of me. 40Whoever is not against us is for us. 41For truly I tell you, whoever gives you a cup of water to drink because you bear the name of Christ will by no means lose the reward.

You can listen here.

The Folly of Fences

My friend "John" must have muttered something about how some dynamite would help, for one of the Aboriginal men working with him said, "We have plenty!" And John was led to a steel magazine, long forgotten by European staff, built into the rock of the hill above the old mission house. He told me, "If that lot had ever gone up, nothing of the house would have been left."

The dynamite was old and sweating, which means it was dangerously unstable. John carried the case down the hill and loaded it onto the community truck as far back from the cabin as was possible— knowing, as we all did, that in the event of an explosion that would make no difference at all to his survival. He began a sweat drenched crawl in bottom gear over the rocky track up to the town dump where, in an open space, he set the case off. We marvelled at the echoes which came back from the surrounding hills and ranges for almost a minute!

Forty years later, I was in a small Synod discussion group about Uniting Church acceptance of Aboriginal sovereignty. Why it should be so hard to accept that Aboriginal people were here before us, and that we whites took the land, I do not know, but it seems to get plenty of folks upset. In that meeting was a colleague I knew by sight, but had never met. His name is also "John." He affirmed what I said in the group with a warmth that surprised me, and which still challenges me, because we are enemies of the "he does not follow us" sort, — full-on opponents in one of the long, bleeding arguments of our denomination.

When I read him on that issue I am filled with hopelessness, or anger and disgust; unless he is much more gracious than I am, I see no reason that he would not find me similarly upsetting. The text of Mark 9 about those who are not following us is not about some arcane doctrinal differences with the Odd Baptists down the street. This text is about the sweating dynamite of life in our church, and the differences which can blow us apart, and destroy us, both at congregational and denominational levels.

The "John" of Mark's gospel is not saying the other person does not follow Jesus— although that's implied. What he really says is that the other person does not follow John; us.  He is witnessing that his discipleship is not actually based around the person of Jesus, and the example of Jesus, but around the self-identification of his group. His identification is as "us"; the John-ites.

There is a name for this kind of Christianity: tribal faith. It is faith— a trust— which gets its identification, in reality, from our alliances with the others in our group, from our alliances within the tribe.  And our group always seems to define itself as not them; that is, by its enemies. David Lose ponders "how seductive it is to try to determine who we are on the backs of our neighbors." I think it is almost universal. It starts in school; it's reinforced with sporting teams; companies compete; political parties demonise; churches build fences: We are not them. Paul says in Ephesians,

But now in Christ Jesus you who once were far off have been brought near by the blood of Christ. 14For he is our peace; in his flesh he has made both groups into one and has broken down the dividing wall, that is, the hostility between us. 15He has abolished the law with its commandments and ordinances, so that he might create in himself one new humanity in place of the two, thus making peace, 16and might reconcile both groups to God in one body through the cross, thus putting to death that hostility through it. (Ephesians 2)

But the history of the church can be interpreted as the building of fences to determine who is correct and righteous before God. And at the end of too many of those stories is a litany of murder, hatred, ostracism, and the loss of the kingdom among us.  No matter how hard we try, few expressions of church can escape the gravitational pull of "not them." We are Uniting by name, and factionally fenced by nature.

This human inevitability— this fence building which is sin— cannot be solved by getting the correct theological answers. John and I have come to our theological understanding by long, arduous reflection and action— most of it seeking to be as honest to God as we are able.  We will not persuade each other by intellectual argument; my experience is that what I find compelling generally confirms for someone who disagrees with me just how lost I am! (I return the favour.) What changes us— the only thing which has ever changed me— is when I meet grace in action. By this I mean that when I discover indisputable holiness in someone with whom I bitterly disagree, then, somehow there is room for God to break and heal something in my own stubbornness. And the walls come down.

In the text, we see, first of all, something like our own dilemma. Later texts appear to add to the original.

‘Teacher, we saw someone* [and other ancient authorities add who does not follow us] casting out demons in your name, and we tried to stop him, because he was not following us.’

They emphasised the difference.

42 ‘If any of you put a stumbling-block before one of these little ones who believe in me, it would be better for you if a great millstone were hung around your neck and you were thrown into the sea. 43If your hand causes you to stumble, cut it off; it is better for you to enter life maimed than to have two hands and to go to hell, to the unquenchable fire.* [And here, the NRSV points out that "verses 44 and 46 (which are identical with verse 48) are lacking in the best ancient authorities."]

Two whole verses were added! This is evidence of great pain and conflict over difference, and a warning that this is not easily dealt with.

How did the very early church deal with this, apart from an emphasis on the dangers of burning in Gehenna?

And last week we were told, "Whoever wants to be first— right, greatest, correct— must be last of all and servant of all." And the welcoming of the child, the powerless, naive, innocent, and ignorant and wrong one, is in Jesus' eyes the measure of that service.  And it is not welcome in name only; it is service.

This week, the little ones reappear. The text speaks not only of children; rather, children epitomise the little ones of life. "If any of you put a stumbling-block before one of these little ones who believe in me, it would be better for you if a great millstone were hung around your neck and you were thrown into the sea..." What does our insistence on correct doctrine do to the little ones who long for life, for— as we put it— salvation.

I had reason to wonder how I would act if a particularly odious and dangerous person continued to arrive at our congregational meals. I decided that I would offer to bring a table and a meal out to the forecourt and eat with him.   I knew this would cost me dearly. It would likely damage me and exhaust me, and do little for my reputation. Yet I know that I will forever listen to one of my colleagues who went some way down a similar track, at great cost to himself. And I think of an old friend who infuriates me— I can barely remain civil with him, but when I remember what he has done, and does, for the little ones, my whole being softens.

So "John" and I need to work together, caring for little ones. We need to confront human need at the depth where morals, gender preference, politics— all the stuff of division— are irrelevant. When I spend hours in the E.D. none of this stuff matters. But John and I are in a church which has fences, Uniting, or not. And the church, when defined by its tribe, is a fence which demands to be maintained. It is afraid— as am I— to die, and to risk resurrection. Until we risk the death of our correctness, and until we give up being the greatest, the fences will teeter until the last piece of wood breaks. And then, instead of going maimed by our not being correct into the kingdom of God, we will be in the hell of an un-resurrected church. 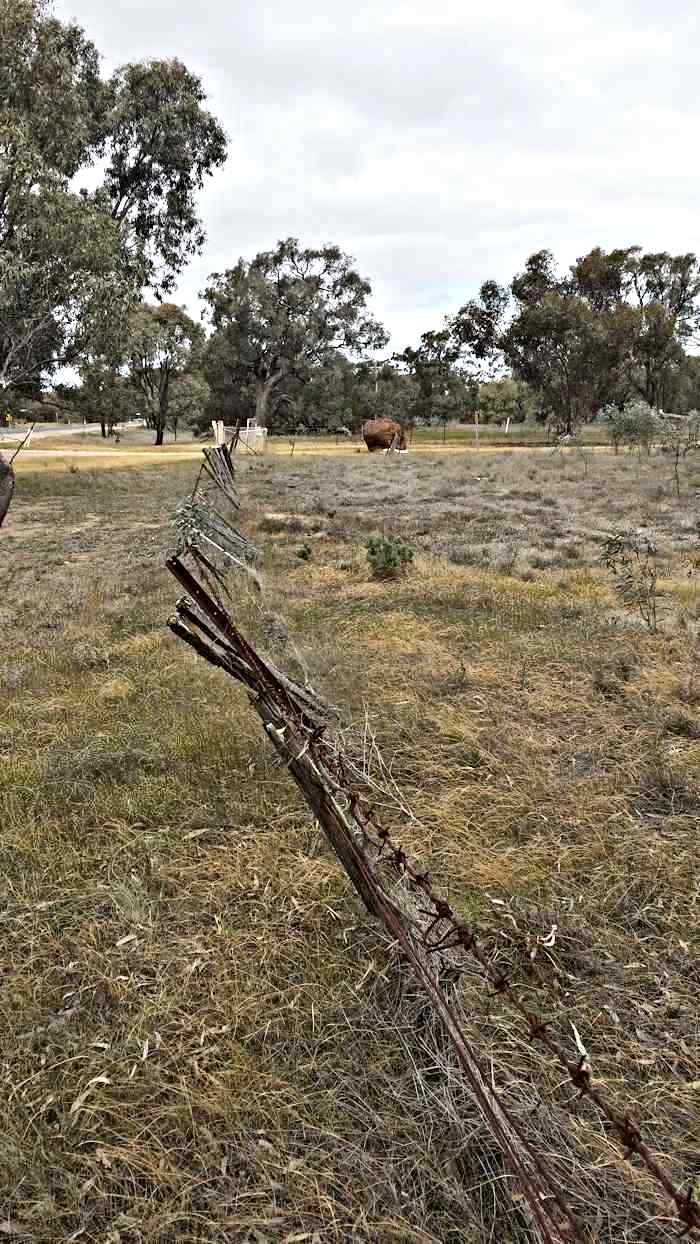 On my recent holidays I rode through an area where it seemed all the fences were at the stage of collapse. One farmer has found the money, somewhere, to build new strong and straight fences; perhaps, I thought, he received the proceeds from an old church which had closed down. In my imagining, I saw that all he had done was build a new fence; there was no resurrection here. Amen 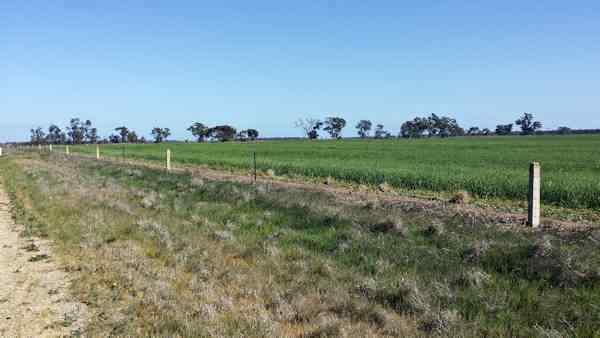