Reduced to Our Foundations

As he came out of the temple, one of his disciples said to him, ‘Look, Teacher, what large stones and what large buildings!’ 2Then Jesus asked him, ‘Do you see these great buildings? Not one stone will be left here upon another; all will be thrown down.’

3 When he was sitting on the Mount of Olives opposite the temple, Peter, James, John, and Andrew asked him privately, 4‘Tell us, when will this be, and what will be the sign that all these things are about to be accomplished?’ 5Then Jesus began to say to them, ‘Beware that no one leads you astray. 6Many will come in my name and say, “I am he!” and they will lead many astray. 7When you hear of wars and rumours of wars, do not be alarmed; this must take place, but the end is still to come. 8For nation will rise against nation, and kingdom against kingdom; there will be earthquakes in various places; there will be famines. This is but the beginning of the birth pangs.

9 ‘As for yourselves, beware; for they will hand you over to councils; and you will be beaten in synagogues; and you will stand before governors and kings because of me, as a testimony to them. 10And the good news must first be proclaimed to all nations. 11When they bring you to trial and hand you over, do not worry beforehand about what you are to say; but say whatever is given you at that time, for it is not you who speak, but the Holy Spirit. 12Brother will betray brother to death, and a father his child, and children will rise against parents and have them put to death; 13and you will be hated by all because of my name. But the one who endures to the end will be saved.

In a-theistic language, with all the jargon peeled away, faith in God says to me that there is some purpose and reason in the cosmos. It is not mere meaningless accident. It is not some place where we must create all the meaning that there is. (It would be worth doing this, I think, and clearly, we do create much of the meaning around us.)

Faith in God says that meaning precedes us. It is external to us. Mark 13 speaks to the times when this meaning is lost, and when the all meaning we have created is failing and being destroyed. It is the time when meaning we thought we saw before us, the very foundation of our reality, is obscured. When even fathers betray their children and the very powers in the heavens are shaken.

God is being lost. Hope is destroyed. Yet in the middle of all this, the one who endures to the end, it says, will be saved. (13:13)

How we imagine Mark being written, and the way we preach it, is crucial at this point. If we make Mark mere reportage, so that Jesus really said these words ahead of time on some balmy day in the shade of the garden, we cheapen the gospel. We fall into the sacrilege of easy, costless foretelling of the future; painless prophecy by the not quite human son of God who knows what will happen, and is calling us to the glorious future through a suffering that is not quite real. It is, truly, “cheap grace.”

In his notes this week, Brian Stoffregen says that Mark 13 basically says "Everything will be all right." This is the purpose of apocalyptic literature. It says the unbelievable. It reminds us of the basic teleological nature of the universe; there is a reason. And it restates our Christian faith; that reason is Good.

Brian expresses the pain and paradox that lies at the heart of this.

"My mother just died."
"Everything will be all right."

I'm certain that some of the people who heard Jesus say, "Endure to the end and you will be saved," were persecuted and put to death. However, even in death, we believe that "everything will be all right."

And when does “everything will be alright” amount to an abusive platitude? Or plain denial?

The first thing that rescues Mark 13 from being this abusive platitude is to recognise when it is written.  It is being written in the midst of the suffering. It is not safe, easy foretelling.  Neither is it ancient history being retold. It is raw, written as the fall of Jerusalem becomes inevitable; that time when the watchers see this is no time of testing, but that the rebellion was ill conceived, and the battle is lost. Or it is written in the aftermath, at a time when it could have been written in blood on the rubble.

Only in this struggle can I say “everything will be all right” with any integrity. Otherwise I mock the horror in which my neighbours still live, and which periodically drags them into hospital. Post traumatic stress disorder? The past seems very present at those times.

I said in church one morning that I wondered if we Australian born had any right to preach on this text. I thought that maybe the Sudanese members of our congregation might see things quite differently from us. The quiet nods from the Sudanese families carried an unexpected freight that sat among us silent but heavy.

On another occasion I was trying to say something about our expectations that grief will be quick. I asked my friend Mary how long she had lived in refugee camps, expecting a figure of five or ten years, which would make my point. We were all silenced, and shocked, when she said simply, “Seventeen years.” 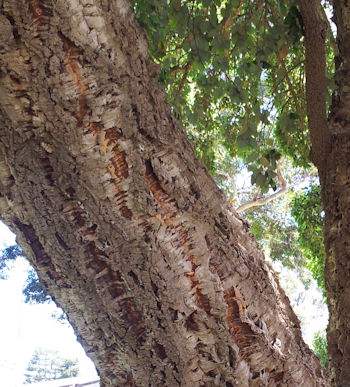 It is only after this “pre-reading” that I may approach my own struggles with integrity. If I do not read the absolute horror of Mark, where the very foundations of the “great buildings” of the time do not have one stone left upon another, then I deserve the epithet “First world problems!”

The gospel claims to speak to the times when all is destroyed, and there is no hope. It is there it calls us to endure, and proclaims that “everything will be alright.”

‘Beware that no one leads you astray. 6Many will come in my name and say, “I am he!” and they will lead many astray. 7When you hear of wars and rumours of wars, do not be alarmed; this must take place, but the end is still to come. 8For nation will rise against nation, and kingdom against kingdom; there will be earthquakes in various places; there will be famines. This is but the beginning of the birth pangs.

Jesus’ words will be cold comfort. The cold will be because they rest naked on the fallen stones that are left, absolutely grounded.  But they will be comfort because they are real; said not by some airy prophet, but by one who suffered the worst. This clarity will mercilessly show me when my depressions are trifling and my anxieties are privileged.

And this clarity will witness that they part of a greater sickness which can be healed. More correctly, it witnesses that   I am fundamentally unfinished. And although I am destroyed, and there is no resurrection story for the city, or for the Christ, and even though the women flee voiceless, “everything will be alright.” Because even after all that, Mark sat down and wrote out a gospel.

Some doubt there was ever a time when God was put on trial in Auschwitz. Elie Wiesel said of them,

"Why should they know what happened? I was the only one there. It happened at night; there were just three people. At the end of the trial, they used the word chayav, rather than ‘guilty'. It means ‘He owes us something'. Then we went to pray."

I like this telling of the story. Only in Auschwitz, or the ruins of Jerusalem, can we put God on trial. And we will find God ‘owes us something.’ It will not be cheap grace, but a grounded reality.

And then.... then all I can do is pray. And get up on the next day, and begin again.