You are here: Home» Thoughts» Deborah

I was asked to fill in while a colleague was on leave. The congregation had two minsters, and the other minister was mentoring a young theological student who was doing supervised field experience. This other minister asked me if the student could be part of the children's segment for one of the Sunday services I was leading.

The Old Testament reading for that week concerned Deborah, Judge of Israel, and Barak, a military leader the story makes clear was a little lacking in faith and courage. The young woman and I decided to act out the story in a largely improvised sketch in front of the children, expecting the usual 20 or 30 kids ranging from toddler age to 15 or so.

It didn't go quite as I expected. For one thing, despite my strong commitment to supporting women in ministry—I am, after all, married to one!—I was still a thoroughly enculturated Australian male. I assumed that I would take the lead in our little play, and she would follow. I was the minister, and twenty years older. I had also been quite seriously ill, and was still more fragile than I knew.

That young female student is now a strong, brave, and beautiful Minister of the Word. Those qualities were all there that morning. She strode up to the front of the church where there was a large ornate chair in which I presume God used to sit when Jesus was a boy. Certainly, I'd never seen anyone else sit in it. She sat down, and suddenly we were faced with the regality of Deborah, Judge of Israel, who made Victoria and Elizabeth the First look like a pair of wuses. She spoke to Barak (me) with all the severity the cowardly man deserved. Expecting to take the lead in our little improv, I was completely thrown off balance, and could only do as I was told! It probably meant I gave a better representation of him than I would otherwise have done.

What saved me, was the fact that I had donned a couple of props to make it clear that the man up the front was Barak, and not the minister for the day. At the end of our skit, I turned away from the children, as a colleague had once taught me, and pulled off the props to step out of character. It gave me a few moments to gather my scattered thoughts. Unfortunately, it also gave a woman in the congregation, who had clearly discerned how discomforted I had been, a few moments to gather her thoughts, a well. I turned back to the children and said, "Well kids, Barak had a typical male problem." The irony! With superb timing, the woman in the congregation yelled out, "Prostate!" The entire congregation howled with laughter, the kids were delighted, and I have not one more memory of what followed.

There is an after-story to this. In typical South Australian fashion, nearly twenty years later, one of our children met and became good friends with a person who had been a four year old at that very church service. I know this because when they came to tea one night, I told the story of Deborah and Barak. They remembered the day! "I always thought it was funny that everyone started laughing at you. Now that I know why, it's even more hilarious!"

There's a lesson here for us ministers and leaders. Congregations actually do listen to what's going on! And they know when we are pretending, or discomforted, or not being honest. Even a four year old, who didn't understand the joke, could tell people were laughing at me, and not with me. And she had remembered. 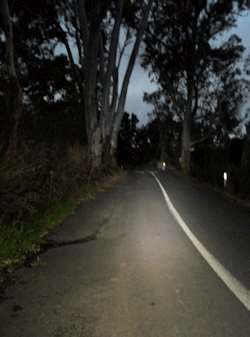