It was a netball court

You are here: Home» Thoughts» It was a netball court

HEALS stands for Health, Education And Life Skills. It's an exciting project put together in the north of Adelaide, at the Uniting Church in Clifton Street. They've sold other church properties to raise funds for the re-modeling of this building into a community health and life centre. The medical consultation rooms are matched with counseling areas, a computer room, an upstairs seminar space built into the old ceiling, and a magnificent community garden. There's an Op Shop in the building alongside.

I attended the opening service of the centre on Sunday, and was privileged to hear a snippet of conversation which showed the church at its best.

A young man was showing me the garden. "This was all asphalt," he said. An elderly woman was walking past at that moment, and said, just a little tartly, "It was a netball court." 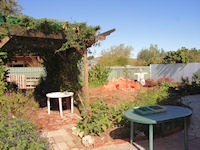 There, uncomfortable though it was, was the genius of the church. When I was growing up, most people had a vegie garden, but sports facilities were in short supply. Churches formed sports associations, ran gyms in their halls, and spent thousands of pounds on netball and tennis courts. They provided a place for community.

Today, with fast food, both parents working, shared care and blended families, vegetable gardens are thin on the ground. Don't even mention block size, or water restrictions! Gyms, sports centres, and a changed demography, have seen the slow decline of netball courts into car parks. 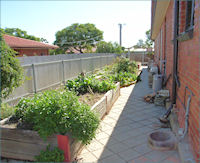 What we need are places where nature can be touched again, and food found for famished souls who can't afford the paid community of the gym, or district sports club. So Clifton Street has come the full circle; it's dug up its netball court and planted a garden.

There was regret, remembering, and some pain in that brief comment, "It was a netball court." But that same person has let the garden grow. And the church goes on.